If you want to be a dynamic actor you must answer these questions about you and then about the character you are playing.

When you know your character inside and out – you are free to just “BE”!

The words of the script are not the truth – but within the word -lies the Truth!

Learn all 35 of these dynamic questions with the Premier Acting Teacher in LA.

Contact Bernard Hiller or look into our acting classes. 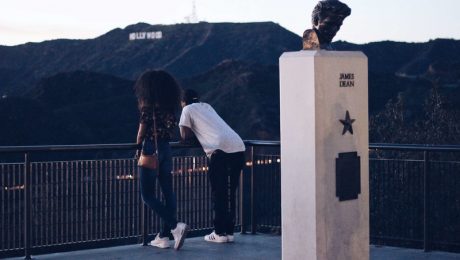 You’ve decided to finally follow your calling. Acting. Performing is what you realize you were meant to do. For you, it is not just a job, it is what you were born to do.

You’ve been working that job your parents wanted you to do for a few years now, but the time has come. Following your dreams seems like the only logical to do.

You’ve made up your mind and have gotten everything settled, you hand in your resignation letter, pack your bags, book the next ticket to L.A., and find a place that isn’t too heavy on the wallet. As soon as you land, however, you realize one frightening thing: you have no idea where to start in your path to becoming an actor in L.A.

Los Angeles is often considered one of the meccas of the acting world, hosting an abundance of opportunities for aspiring artists to find their footing and pursue their passions. Nearly every star that you’ve ever heard of and idolized throughout your life has somehow credited L.A for giving them their big break. Now it’s your turn.

Moving to L.A. and beginning your path towards developing a fulfilling acting career can be daunting, given the fair share of risks that come with the decision. While it definitely may not be easy to start your career as an actor, knowing what you have to do, who you need to meet, and what to look for once you reach L.A. will make it easier to hit the ground running.

What will you need when you get to L.A.?

Having what you need to overcome the hurdles in between you and becoming a successful actor entails starting your journey off on a solid foundation. Succeeding as an actor in L.A. requires having the following:

1. The determination to succeed no matter what gets thrown your way

Traveling all the way to L.A. and taking your shot at becoming Hollywood’s next big thing is a long and arduous challenge that entails sticking with your goals no matter what. You must be ready to face the reality of being rejected at castings, never being called back for roles, and being outright criticized by directors and managers for doing less than expected. Although being an actor in Los Angeles and striving for success can be overwhelming at times, it’s an investment of time, money, and effort that can pay off in the long run.

2. A proper and thorough knowledge of the local acting industry and the particular genre that you want to pursue

Knowing as much as possible about the industry that you’re about to enter is going to save you from unknowingly walking into scams and disputes during your budding acting career. Researching articles, reaching out to agents, making connections, and asking many questions will remove your naivety towards the unsettling truths of the acting industry.

3. A well-funded bank account that you can depend on during the toughest of times

Given the fact that L.A. maintains its standing as one of the United States’ most costly places to live, your wallet should be ready to take on the challenges of staying in the area. From housing to commuting costs, there are various parts of L.A. that aren’t as friendly for your wallet as you may hope. Additionally, you must also be ready to pay for acting classes that will refine your skills and make connections and high-quality headshots and showreels that show your capabilities as a performer.

Before you make the jump, take the time to investigate the cost of living, lay out a budget for yourself, and have an idea of jobs that you can apply for (or start applying for jobs now), that will be able to support you as you pursue your dreams.

With the path to success being different for every type of actor, keeping these resources by your side will help with navigating every challenge. One guaranteed way to ensure that you’ll be well on your way to success as an actor in L.A. is to invest in professional acting classes, such as group acting classes with Bernard Hiller.

If you are looking for premier acting classes and coaches in Los Angeles, get in touch with Bernard Hiller to see how we can help.